and dreary day with the sun

lost amidst the clouds

But then, grey turns to

blue and alleviates the

It almost feels as

though the sunshine has devoured

As many would know having lived in the Middle East for a majority of life, summer isn’t something we wait for with bated breath.

With hot winds, high humidity and temperatures touching 50 degree celsius, it surely takes a lot getting used to.

But then, there was a time when we could easily travel to places where summers are seasons to look forward to.

Whether its Marbella or Paris, Amsterdam or Bremen, summer in Europe is characterised by sunny skies with specks of clouds, people sun-bathing at the beaches of Marbella or taking a boat ride through the canals of Amsterdam.

While the Eiffel Tower definitely looks imposing in the day, the lights make its look majestic under the night sky. It is definitely the symbol of Paris.

Linking this post with Esha and Natasha for #WordlessWednesday. 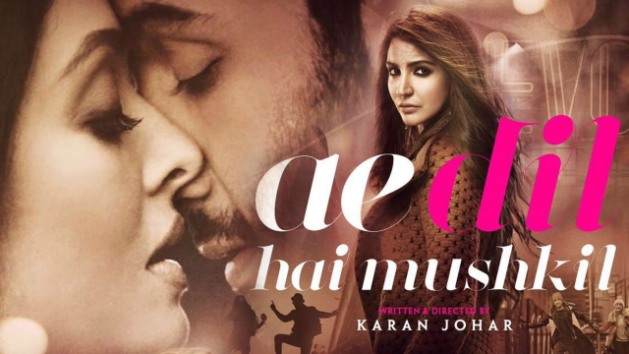 Directed by Karan Johar and starring Aishwarya Rai, Anushka Sharma and Ranbir Kapoor in lead roles, Ae Dil Hai Mushkil (ADHM) released this weekend after all the controversy it generated in the last few months. Does it work? Let’s check it out.

Ayan (Ranbir) is a rich dude who ‘seems’ to be pursuing MBA  (or Mere Baap ki Arzoo as he says) and has so much money that he travels on his personal jet. Alizeh (Anushka) is a young woman who is sorted and knows what she wants in love and friendship.

Saba (Aishwarya) is a poetess who is divorced and ends up falling for Ayan. Are Ayan and Alizeh just friends or more? Will Saba get the happiness she wants? Will love triumph over friendship? The rest of the movie talks about all this and more.

END_OF_DOCUMENT_TOKEN_TO_BE_REPLACED

Guest Post – Paris in the Spring: Things to See and Do

The City of Lights, Paris, is beautiful at any time of the year, but spring is when she is most alluring to visitors. While there are certainly many popular attractions and tourist hotspots, Paris is best seen in spring through the eyes of locals. The secret gardens and Parisian cafés offer a unique and relaxed vacation that is unlike ordinary international travel. Accor Hotels offers this list of things to see and do in Paris in the spring as inspiration for your springtime travel plans.

END_OF_DOCUMENT_TOKEN_TO_BE_REPLACED

What do you expect from a Karan Johar movie?

Does the movie deliver on all these counts? Let’s check it out?

Yeh Jawani Hai Deewani (YJHD) is directed by Ayan Mukherji whose first movie was “Wake Up Sid” and produced by Dharma Productions. It stars Ranbir Kapoor, Deepika Padukone, Kalki Koechlin and Aditya Roy Kapur in lead roles. The movie has been in the news since the time the promos began airing on TV.

END_OF_DOCUMENT_TOKEN_TO_BE_REPLACED

Plot: Ishkq (Preity Zinta) and Akash (Rhehan Malliek) are two single individuals who fear commitment and long-term relationships as they think they always end in a break-up. They meet in a train to Paris for the first time and their interest in each other kicks off then and there! They decide to enjoy the nightlife of Paris together without sharing personal details and decide to never meet again after this night. Events take a toll and they start developing feelings for each other. They meet again for Akash’s friend’s wedding and Akash proposes her. Ishkq is scared to say yes because of her ‘akelapan issues’ and then Akash tries to change her perceptions. That’s the way the movie goes about.

END_OF_DOCUMENT_TOKEN_TO_BE_REPLACED

This looks to be a season for rom-coms. Directed by a first timer – Anu Menon and starring Ali Zafar and Aditi Rao Hydari in lead roles, London Paris New York (LPNY) didn’t really sound attractive on paper. But its fresh trailers and fresh pairing coupled with the romantic feel of the three cities managed to capture the attention of the public. Does it live up to the expectations?

LPNY is the story of Nikhil Chopra (Ali Zafar) and Lalitha Krishnan (Aditi Rao Hydari) and their journey across three of the most beautiful cities on the planet across a time span of more than 5 years. Both of them meet by chance at London Heathrow and as luck would have had it, they spend an entire day together. The day is enough to let a few sparks fly between them. But then its another 2 years before they meet again this time in Paris and there the real truth comes out on what exactly happened in the interim. The meeting lasts again just for a day! The finale is played out in New York.

The plot isn’t really anything to talk about. Love happening over a period of 3 days across continents, across years is a bit too much to take! But then what makes this movie work is the characters. It’s not Ali Zafar or Aditi Rao you are seeing on screen. It’s Nikhil Chopra and Lalitha Krishnan. They are like any couple going around. The instances when they fight, patch up, laugh, smile, cry; all seem straight out of real life. Any couple would associate themselves with the sequences.

The narrative is a bit slow. But the energy and vivaciousness of both the characters keeps the interest alive throughout. The London and New York sequences are the best while the Paris one is a bit out of place.

The songs which are such a key component of a rom-com are very much in sync with the flavour of the movie. Ali Zafar, the composer, lyricist and the singer for almost all of the songs has created a pretty well rounded musical score. “Vo Dekhnay Mein” and the title track stand out.

He can act. He can sing. He can write the lyrics. He can compose songs. He can dance. What can he not do? Ali Zafar delivers an amazing performance. He looks good and manages to break the audience into guffaws with his witty one – liners. His outburst during the climax is another proof of his acting prowess. Aditi looks beautiful particularly in the London and New York sequences. She aptly complements Ali in comic, romantic and even intense sequences.

Go for it with your loved one. You will come out with a smile :).

The Louvre Museum has 8.5 million visitors per year. This blog was viewed about 74,000 times in 2011. If it were an exhibit at the Louvre Museum, it would take about 3 days for that many people to see it.

In 2011, there were 75 new posts, growing the total archive of this blog to 188 posts. There were 96 pictures uploaded, taking up a total of 13mb. That’s about 2 pictures per week.

The busiest day of the year was November 24th with 2,305 views. The most popular post that day was Kolaveri di – A song which has brought the nation together! .

END_OF_DOCUMENT_TOKEN_TO_BE_REPLACED

Flight Simulator Kuwait – The closest I came to flying!

In My thots and scribbles, Uncategorized

There is a joke that this Flight Simulator franchise would be offering certifications to show that people have actually flown a flight if it hadn’t been for the fake pilot cases in India. But on a different note, Flight Simulator does give you the ultimate experience of piloting a Boeing 737 airliner.