Moscow Diaries: A walk at the Gorky park

Gorky Central Park of Culture and Leisure (Центральный парк культуры и отдыха имени Горького) is one of Moscow’s Central parks located next to the Moskva river and spans an area of about 300 acres. It’s the perfect place to see the way Russians spend their free time. The park gets its name from the famous Soviet writer, Maxim Gorky.

While at an earlier point of time, the park had various rides including roller-coasters, today it is more of an eco-friendly park which also has an ice-skating rink and wi-fi.

I had come to the park with the intention of taking the Radisson Cruise on the tranquil waters of the Moskva river. Since I missed it by a few minutes, I decided to take a walk along the river itself. And mind you, while it does look sunny, the temperatures were still hovering around -5 degrees.

With all the snow round, Gorky Park looked really beautiful.

The lovely Radisson Cruise departing from the Gorky Park. It has some excellent facilities for fun, food and entertainment.

While on my walk, I came across a lot many beautiful sights and sounds. 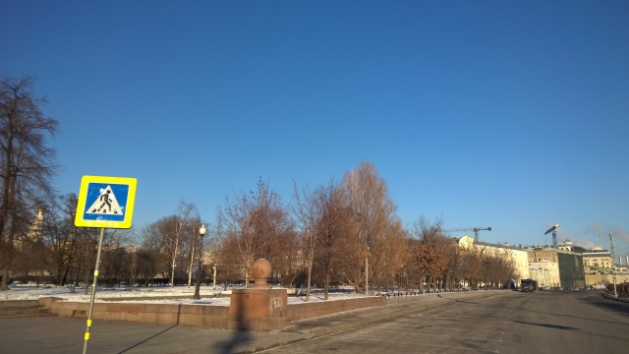 If you are looking for some Russian artwork, the State Tretyakov Gallery is located by the Moskva River. With more than 130,000 exhibits, it’s a delight for art lovers.

The Peter the Great statute was designed in 1997 to commemorate 300 years of the Russian navy which was established by the emperor, Peter the Great. It weighs about 1000 tons and contains 600 tons of stainless steel, bronze and copper. At a height of 98m, this statute is the 8th tallest statue in the world.

Over the years, the statue has invited a lot of criticism being voted as one of the ugliest statues in the world. 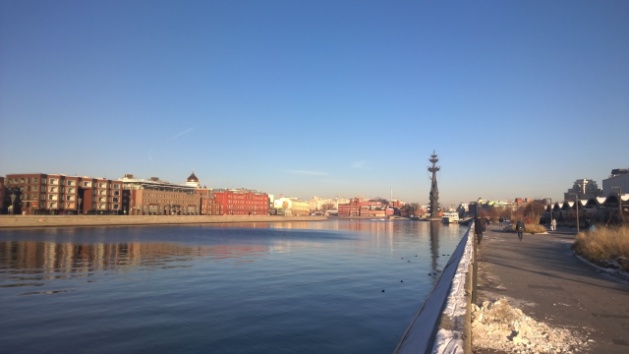 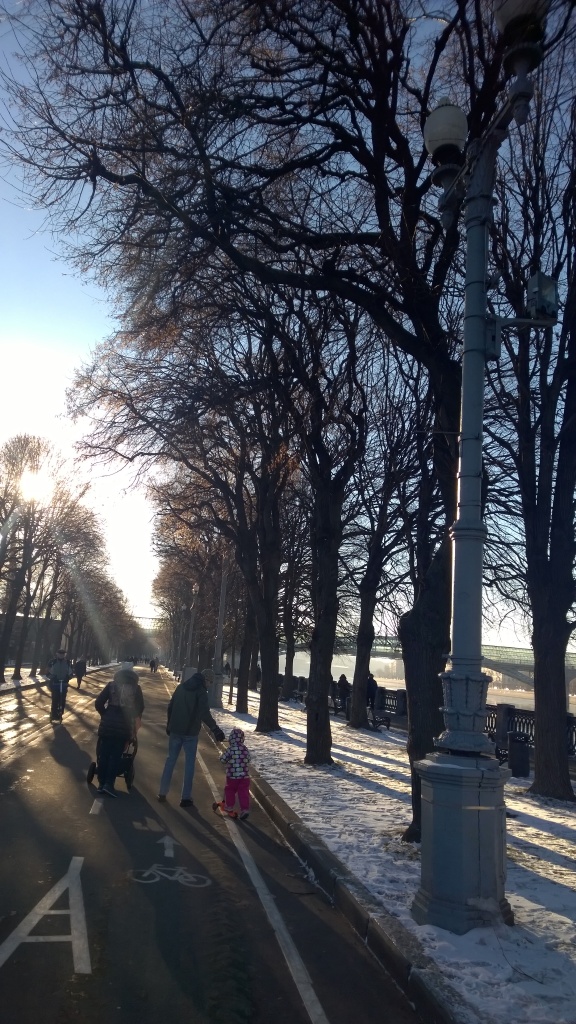 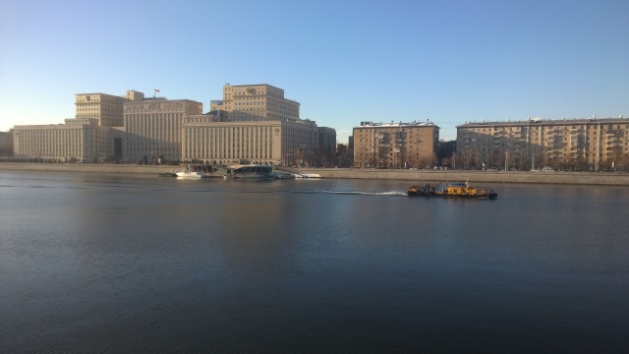 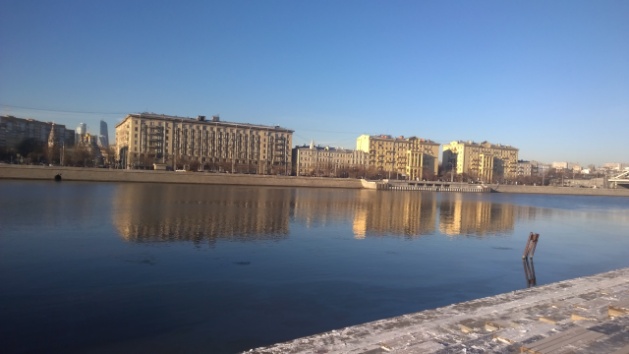 This is a really lovely place to spend a quiet afternoon.

You can reach the park from the Park Kultury or Oktiabrskaya Metro Stations. The Radisson cruise departs at various times during the day on weekdays and weekends. You can find their schedule here. They specifically mention that they are open 365 days a year.